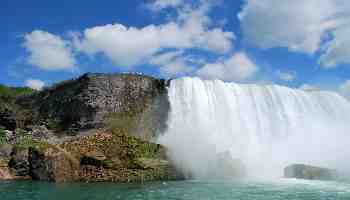 12-12 is the most important date of this year. A lot of you have been involved in the other dates like 11-11 being the biggest one so far.

You have all been focusing on the year 2012 as an ascension point, we are telling you now that it is possible to ascend earlier than this.

Let yourself be showered by these energies.

The energy that is coming in on 12-12 is coming from the Diamond Galaxies and is one of the highest energies available at this time. This energy will attune and assist you in consciously working toward the ascension of yourself and the planet earth.

There are many things you can do to work on this and this energy will support those processes.

Now we would like to tell you we have written a book. I have done this together with Isis, Kuthumi and Melchizedek and it will become available in the next couple of days.

We have named it: The 7 Basic Steps to Ascension.

We could have done it through several different messages, but wanted it to be comprehensive and available for all.

In our book we explain what ascension is and what you can do consciously to work on this yourself. We are very pleased with the outcome and have included some artwork that will help you attune to the steps in a different way than just thinking about it.

This book is just the beginning of the new teachings that will become available for you while you are going into higher and higher vibrations.

Our main purpose for this book is to have you consciously work on this and to become conscious of your progress and what is happening to the people and the planet earth at this time.

The next important date we would like you to remember is the opening of the 13th Gate.

This Gate has been closed for a long time as you might have read in one of our previous messages. At this moment the Gate is still being cleared and prepared for you and the planet so once it is open it will be in perfect alignment with you and your planet.

This Gate was closed at the end of the Atlantean period and was still holding the abuse of power energy that was used at that time, this was what took down the Atlantis civilization.

All the Atlantean Crystals are going to be, and some of them have already been brought back to the planet and they will be ignited to start working with you at a different point of your progress.

We have several people on the planet working on this.

Once the Gate is fully open, you will be able to connect fully with the Atlantean energies and more of the information that was available at that time. This will also have an impact on your physical planet and you will see more physical shifts happening to your planet.

This is also one of the reasons we would like you to be more conscious of what is happening to yourself and the planet. You can go by what is in all the messages, but a conscious experience is what we are working toward for all of you.

Once it is 12-12, this energy will start flooding the planet earth and it will not stop. So if you didn’t know about this date it is not too late to set your intent.

This energy is here to stay and you can always attune yourself to it just by setting your intent.

Now we would like to tell you a bit more about this energy and what it is doing besides assisting you in consciously awakening to the ascension process.

We have seen it happening over and over again and it has been happening to many light workers.

Your financial situation is in a horrible state and you feel this is never going to be changed and sometimes you even feel you don’t deserve it.

This needs to change and it will, the energy coming on 12-12 is assisting in this and we are hoping you will accept it.

Let me give you an example of feeling that you do not have the right to ask money for all the work you are doing.

Our channel has been working on our book the 7 Basic Steps to Ascension. This was easy for us but a lot of work for her. She has been working almost 24 hours a day to get it finished. The work doesn’t stop there, because now it needs to be sent out.

She has a hard time asking money for this but we do think a fair exchange is needed for all of you.

How can you really accept if you think this is not part of the process? You are living on this planet and you all are taking part in the exchange of money, once you are in the 5th dimension this will be different, but we are not there yet.

You as Light Workers have to accept that money is part of the fair exchange process.

See it this way, if you work as for example a massage therapist and you give someone an hour massage, you consider it fair to receive money for this. You wouldn’t think it’s fair when this person would say, thank you so much I will send you an hour worth of energy.

We have several channels that work with us full-time. They agreed to this even though it meant giving up jobs and many other things including a financial income.

Yes, we could just have the money appear for them, but what about the people that would get the book for example.

They will get it for free this way, but what does that say about their intent. Something is missing here. A fair energy exchange is needed to really become part of the new world.

And yes money is at this moment part of that fair exchange.

There is a balance needed at this time, we need to get out of this poverty consciousness that is hanging around Light Workers and being a spiritual being.  So you Light Workers have to accept that money is part of the fair exchange process.

Step out of the poverty consciousness and step into the new world where there is enough for all.

Get used to it.

We love all of you.