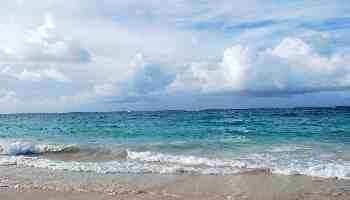 You have all noticed the female energies coming in more and more and this is the reason why so many of you are discussing these old paradigms.

Time is changing everything and more and more people are able to receive guidance from within. We are getting near to the end of the year 2007 and much of the past issues will have been resolved.

You will find the energy in the year 2008 easier to handle. This is mostly because of all the hard work you have done in this year.

With that we talk about transforming a lot of deep dark negative energies.

Most of it coming from inside the core of the earth and she will be able to shed a lot of her energy in a more positive way then was foreseen at first.

We have made a lot of progress and the earth and the people upon it are moving through the fourth dimension. At least the people that have chosen to move with the earth at this time.

There are more people then we could have hoped for.

This is all thanks to you Light Workers.

We do however still see a lot of turmoil amongst you all and we would like to help you change that. Don’t hold on to old paradigms. They were brought into the world while the world was in a mostly male energy.

many of you are discussing these old paradigms. Yes, they all have some meaning and knowledge is power.

But this knowledge is already inside of you and at this time it more important to integrate the female power/goddess energy.

Once you have done that you will understand the power of symbols and you will be able to use them to integrate even more of those female energies into yourself and the planet.

For the earth to be able to shift any further, this is of the outmost importance.

At this moment we would like to tell you that many of us have chosen to help you in a more personal way. Many of us have already incarnated on the planet earth at this time.

In the next two years we will become more present amongst you. We would like to remind you that even though we are seen as the Ascended Masters, we are also your co-workers and most of all friends.

We all work together and we are not higher or lower then each of you. In spirit we are all one and we would like you to remember and know this.

Now we are approaching the year 2008. As I already said it will be less difficult but you will notice more things happening to your planet earth. She is moving and needs to realign her physical body with the new energies just as you.

This will bring about actual shifting of parts of the earth itself, land will move, disappear or return. Mother earth is realigning to bring herself back to the state she was in at the time of Lemuria and before that. This is necessary because we are nearing point zero where the earth will actually stop spinning and then reverse and spin in the other direction.

Please do not go into the energies of the doomsday stories that have been going around. This is a peaceful transitioning process, even though it will have a very strong impact on the physical planet earth.

You are prepared for this and when the time is there everything and everyone will be in place to make this a peaceful process.

Now I would like to once more address the “Left Behind” story. When the earth is going to reverse many people will still be there. There are going to be people ascending before that and many of them will return to the planet to prepare the earth and the people upon it for this transitional process of planet earth.

As we are finishing this message I would like to give some information about the dark forces.

Yes, they are there, yes they do have an influence on what is happening. We are aware of all of them and know who they are. They are not in control, you are and don’t let anyone tell you otherwise.

Yes, you can be attacked, and if you feel like you are, remove them yourself. Learn how to do this, or find someone who can.

This is all for now but I will be back in a couple of days with more news since there are many things progressing at this time and we expect we will be able to tell you the outcome of that very soon.