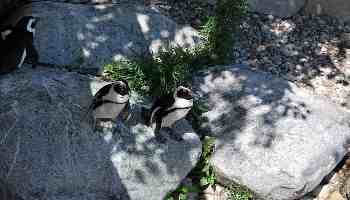 2012 is coming soon, and more opportunities will come after that as no one is left behind.

As we all know these are important years and every year that comes after this is more important because of all the changes that are happening.

We see that everyone is focusing right now on December 21st 2012 and there is much discussion about this date and if it is the correct one.

In my opinion, and I know there are more, I see the big change happening a lot sooner.

Everything that is happening is going in a much faster speed then we at first predicted.

Many are working on the change of going from the third or fourth dimension into the fifth dimension that time is speeding up more and more.

So, the year 2008 will be a very important year as to see how many more people will actually “wake up and see the light” as Kuthumi calls it.

We are ready to guide everyone and are in awe of the power and magnificence of all of you working so hard on the Planet Earth, we do have the easy job up here.

Another thing I would like to explain more about is all the information that people will be leaving the planet because they are the so called “Left Behind” people, the ones that have not yet awakened and have no understanding of what is happening.

I see it this way:

Planet Earth is physically moving into the fifth dimensional consciousness or plane or dimension as some call it. There are several dimensions in and around the planet.

They all exist in the same space, only difference is the vibration or frequency.[yuzo_related]

There might be some that will need longer and they might make the choice to incarnate on a different planet that is still in their level of consciousness physically.

But all those other planets will be working on going into the fifth dimensional consciousness as well, so as you can see there is not much difference in staying or incarnating on Planet Earth or any other planet.

I have heard many Light Workers say that if you do not do the work now, you will be Left Behind. This is what we call the influence of the ego of the Light Worker. They think they are better simply because they have some understanding of what is happening and is going to happen.

Please note that I am saying SOME understanding.

Please be honest with yourself and admit there is much information out there and they are the same in certain ways, but there are also several conflicting opinions.

Do not forget that the information coming out through different channels usually is for the group that will be reading it and is for their level of understanding.

The same with this message, you are the only one who can decide the truth for you at this time.

Please do not force others to believe your truth, just assist them when they ask for your understanding about what is happening and will happen.

Do not scare others into believing by saying they will be Left Behind.

This is not the way of the Heart.

So, a little prediction and some advice for your journey.

I leave again with love in my heart.