kumaara    Ascension Enlightment My experiences and understanding of reality and more    February 22, 2017  |  0 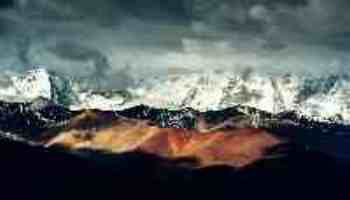 Lately I have had many people asking about this.

After asking them what their goal is, they all answer

“no more incarnating upon earth”.

At this moment, many are ready for this, they have completed their lifecycles upon earth, but do not know how to finish their incarnation cycle.

As it does require work to really complete this last lifetime upon earth.

I do have to explain however, that this is different from ascension.

Ascension, is when you complete the lifecycles, but also completely move out of this reality that includes the earth reality.

This might be hard to understand, but we incarnate within the earth reality, we become stuck in this earth reality, through many circumstances, chosen and not chosen. But we cannot move out of it, no matter if we complete our lifecycles or not.

We can complete the lifecycles and not reincarnate, move into higher dimensions and work on our spiritual process from there, we can choose to reincarnate again, but we don’t have to.

The Ascended Masters are a separate group of beings.

They have completed their ascension and are within this universe out of free will.

To assist and guide when needed. I think this includes Enlightenment and God-realization.

All other groups we can have contact with, or not, are within their own reality that overlaps with our reality at certain points. These groups might be more advanced in certain areas, but in reality they are just as stuck as we are within the overall universal reality.

Not many of these other realities are as physical as we are, we are the most dense reality within this universe, and therefore also of great importance, don’t let it get to your head though.

We are the most dense and many incarnating here, are starting here no matter at what time period they incarnate, to complete ascension, meaning moving completely out of this universal reality.

This is why many other groups are incarnating here as well. As many know and or feel they come from these groups, like the Arcturians, Pleidians.

Many of these groups will and have come to earth to complete ascension.

Which may or may not include Enlightenment and God-realization.

There are also groups that would like to control, and at this moment are in control of large parts of our universe and universal reality. The earth reality is fully in control by these groups. These groups have no interest in moving out of this universal reality, for many reasons and we do not know all the reasons, but power is one of them.

There are also partially physical groups that are in need of a physical planet for their survival and many other reasons. The earth is one of the few very physical planets that can support many types of life forms.

The Earth reality is a very heavy and dense reality.

This is why we have so much turmoil. As spirit beings we are used to fluidity, being able to move freely. As humans this is not or barely possible as the opposing energies of density are preventing us from moving more fluidly through this reality.

There are reasons for this though, as the earth was meant to be a place where we could evolve more than in any other reality, just because it is so dense, and doesn’t allow us to fully express who and what we really are in spirit.

The being stuck part however was not part of the plan for earth. And it has prevented us, or slowed us down in this process of evolving further spiritually for a long time.

Now this is not new, but of course there is a way out, but the way out is complicated and not easy, requires hard work, and knowledge that has been destroyed over and over again.

This is why we see so many groups that have disappeared out of history in ways that we cannot explain.

Like Atlantis, their existence is or has been almost wiped from the earth reality.

Many people have been looking for it on the physical earth, yet no one really has found physical proof it was there, all proof is circumstantial. This because timelines have been altered so many times that finding real proof has become almost impossible.

AT this moment, all we can really rely on is our own inner knowledge, which is also not easy as it has been influenced by these timeline changes, and most of our being has been cut off from us through several control measures.

Now, it doesn’t mean it is impossible, as we have put in several safe guards over time to not completely loose our connection with our whole being. But we are at an all time low, so to speak, as our connection has been almost completely cut off. Many do not even know that they are spirit beings, not physical beings.

One of the safe guards is the earths movement within our universe, and we are moving up again along the spiral of possibilities.

This is why I think at this time so many people are starting to remember again, what and who they are, they remember there is a way out.

So, yes, it is possible to complete the incarnation cycles and not have to incarnate again. This is what I have been teaching for all these years, this is what I have been working on all these years. I have taken it a step further though and as I have completed the part of not having to incarnate again, I now work on ascension, moving out of this universal reality. Not to say I won’t be back. I will, by choice however, so I can assist others to reach their goals.

READ MORE  Matrixes, control systems within and beyond our realities.

At this moment I can assist anyone who would like to complete their incarnation cycle, and anything before that, like enlightenment, god-realization and so much more that I cannot describe in human words.

As for ascension, still working on that one, but completing the incarnation cycle has brought me to remember the ascension, and by searching and searching I am getting closer to complete the ascension as well.

Now not everyone can complete the incarnation cycle at this moment, so just ask me if you are interested, what you can do to get closer to completion so the amount of lifetimes upon earth can be shortened as well.

Each and everyone will have to follow their inner guidance.

Just remember that much of what we think and feel in this time is controlled and influenced by the earth reality and universal reality.

So even if you just want to get beyond this influence and blocks that have been placed within us, I can help.

By doing what I have done, I have seen the path being created within our universal reality, and step by step I got to this point. What this means is a path has been laid out and every person coming after me will be able to move and follow this path more easily.

The more people following, the easier it will become as others follow in our footsteps.