kumaara    Earth Reality, new Earth, what is really happening My experiences and understanding of reality and more    June 14, 2017  |  0 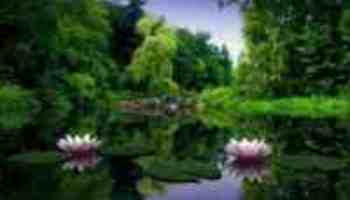 With all the turmoil on earth, in every country, the division between humans and their reality is becoming obvious.

Go ahead and get started.

If you understand this, then you should understand that your intent to influence the human consciousness to make it better, is influenced by what is making it worse.

No matter if you watch the news or what is happening around the world or not.

It is time to think about this as so far, we have not seeing it becoming better, if you are paying attention, we have only seen it becoming worse, and one thing that might be contributing to this is the intent of some to influence.

When you are sending your intent you already have a mindset of your own, and you have a human idea of what should be the better version. Even if you say I am sending my light without any intent, your subconscious human mind has an intent, this will always influence what you send out into the world, be it the human consciousness or the overall energies. Just the word “light” has an intent as by “light” we all mean it is “good”.

Being human is difficult and the overseeing, controlling matrix makes it even harder.

At this moment 99% of humans is within complete control of this matrix control system.

No matter what side they are on.

Many see only a certain side as being part of the control system, not realizing that the real control system is above that what controls the human reality.

You are being guided, and that means many of you by this control system whether you see it or not.

Yes, even many who call themselves lightworkers, or any other name you use to set yourself apart from the humans that are in your eyes still sleeping.

No, we are not all one, we are all a separate human, as we are in spirit all separate spirits as well.

Just as in our human reality, in spirit we all make our own decisions as well.

Earth has been a place where many different spirits from many different backgrounds have incarnated in human bodies. This does not mean we are not all coming from the same place, what place this is we are all still trying to figure out, as humans we have no memory of this, and many in spirit do not have a memory of this either.

Somehow the earth, or to be more specific, the earth reality has become very important for many spirits of different backgrounds and this has been going on for much longer than just one human lifetime. This goes back thousands, or what I think, millions of human lifetimes.

We know some have woken up to or from this human reality, but waking up doesn’t mean you can see the truth of this earth reality. There are different levels of being awake and many of those levels are being controlled by the overall control system upon earth, and within this universe.

As humans, you all have to start making decisions.

As to how you want to see this play out, but you will as a human find a way to not be influenced by the human consciousness, as well as the control system that is connected into every human, that influences every human’s way of making choices.

And even parts of our spirit are being influenced by this control system, as the control system is not just present upon earth and earth reality.

You have to figure out how much you really want to influence these realities, if there is a need for you to influence.

And if your influence is beyond, really beyond, the influence of the control system that you think you are fighting against.

Or is there nothing to be done and what is happening needs to play out.

More importantly, how do you find out, and how do you get beyond any influence.

Is what you are doing now really helping you in getting beyond the influence, or is it pulling you deeper into the influence of control again.

Many know that human belief systems are in a way part of the control system.

Even though some seem to be deeper within it than others.

Within spirit we are subject to this, as parts of us within spirit are within the universal control system, or systems.

To think that we are free from control once we are connected to a part of our spirit is delusion as we all know that many spirits will give us a diverse idea of what is really happening within this earth reality and within this universe as well as beyond that.

For many, no matter what country you are in, remember that what you are seeing within this human earth reality, is part of what the control system plays for you to influence you. But ignoring what is playing out is also part of the control system.

To find real truth requires a deep entrenchment within what is happening in the earth reality, as well as being able to stand above, or outside of it to find what is behind the earth reality, and from there step into a space where y0u can start to see beyond the universal realities.

You are not done until you can see what is happening on all levels.

Even your own levels, human and spirit, which is even more important. Once you see the many levels of control within the earth and universal realities, you will also see how many parts of you in spirit are under these controls.

You made the choice to be here within this control system.

No matter if it was this lifetime or many lifetimes ago.

This is not true, every choice or action you make influences the energies upon earth.

And within this universe, control systems or not.

We have been given the freedom of choice, but that doesn’t mean you don’t carry responsibility for those choices.

Many countries have free speech, it doesn’t mean you don’t have the responsibility for that free speech.

Karma just means every action has a reaction, and unless we can see beyond all that influences us.

We cannot see if those reactions are good or bad.

In reality every action has both reactions, good and bad.

This makes our responsibility even greater and is what has been the biggest obstacle as we begin to see the realities here on earth and beyond.

If every action has both good and bad reactions, it becomes even more our responsibility to make the choice that is beneficial for the overall changes that are needed within this earth reality and beyond.

Yes, it is time to free ourselves from the control systems that have influenced us over so many lifetimes, but the word ourselves should give you a clue.

Our self, it doesn’t say others self’s.

Others do not carry any responsibility for your future actions, no matter how their actions have influenced you and the choices and actions made by you.

READ MORE  Reality. Going with the flow of the earth reality

This responsibility carries through all levels of you, not just the human levels.

It is your responsibility to free yourself from the control system.

No one can do it for you, some can assist you, but the work and choices that you make are yours and yours alone.

This will always be true for everyone that is within this reality and beyond. You cannot make the choice for others. We can make it easier for others to become aware of these realities and the controls, but only if they themselves are ready, and willing to take responsibility of their actions and choices.

Each person or being will have their own timeline.

What is happening at this moment, and that is why we say changes are needed, many have already passed that point within their timeline that would have awakened them.

The control system is working on such deep levels of the human and spirit part of many beings that it has not been possible for many to awaken per their timeline.

It is the main reason to suggest changes within the earth realities, these changes can only be made from within these controlled realities. Remembering that the purpose is to allow more to wake up, not to force more to wake up. And the only way to make these changes is for you to work on waking up and connecting with every part of your being until you reach that part that is not influenced by all these realities upon earth and within this universe.

This is what will allow for the energies to change.

It doesn’t mean you cannot assist others, once they make the choice to free themselves from the controlled realities, you can assist. But how this assist happens is your responsibility.

This doesn’t mean healing practices and energy work on others should be avoided. Many will benefit from this even if they do not make the choice to awake at this time.

It is not easy to find your way within this and many other realities that are within this universe and upon earth. But your willingness to move beyond it, your choice to move beyond it will make it something that can be accomplished no matter the obstacles you will encounter during this journey to freedom.