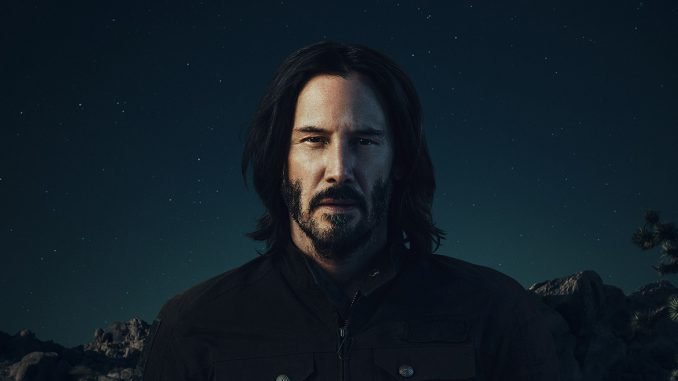 I usually don’t do this but I thought it was important to show that even people you might not think of as spiritually awake or aware of what is really happening on earth, know about it.

“The human race has been enslaved for thousands of years,” Keanu Reeves said while filming in the Mojave Desert, explaining that “we have been kept in a mental prison by shadowy elites and secret societies that have done all they can to suppress us and stop us reaching our potential.”

You can read the entire article below.

The original article can be found here 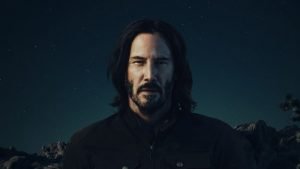 A war is being fought that will shape the future of human existence and the world we leave for our children, according to Keanu Reeves, who says he is “quietly optimistic” about the future because “humanity is showing signs of breaking free from the matrix.“

“The human race has been enslaved for thousands of years,” Keanu Reeves said while filming in the Mojave Desert, explaining that “we have been kept in a mental prison by shadowy elites and secret societies that have done all they can to suppress us and stop us reaching our potential.”

But the Matrix star, who was filming scenes from Squarespace’s upcoming Super Bowl commercial, says the real world matrix is beginning to crack. “Humanity is showing signs of breaking free from the matrix. What a time to be alive! We are living in exciting times.”

Explaining that he has been studying ancient texts including the Vedanta and the Upanishads and learning about the nature of reality, Keanu said, “Yeah, sure, there are a lot of people still only interested in keeping up with the Kardashians, but a significant chunk of the population have woken up.

“Most importantly there is now a war being fought between our overlord masters and those who wish to set us free.“

Keanu Reeves says the matrix is a holographic universe being projected to us by those who wish to control us. Humanity has been suppressed and controlled in this manner for millennia. We think it is real, but in actual fact it is just a film being played to the collective consciousness, presenting itself as ‘reality’.

Keanu Reeves is not alone in believing humanity has been living in a matrix for thousands of years.

Some of the world’s richest and most influential people are convinced that we are living in a computer simulation. At least two of Silicon Valley’s tech billionaires are pouring money into efforts to break humans out of the simulation that they believe we are living in.

Elon Musk believes the chances we are not living in a matrix-style computer simulation are “billions to one.”

“Many people in Silicon Valley have become obsessed with the simulation hypothesis, the argument that what we experience as reality is in fact fabricated in a computer,” writes The New Yorker’s Tad Friend. “Two tech billionaires have gone so far as to secretly engage scientists to work on breaking us out of the simulation.”

But Keanu Reeves believes the Silicon Valley guys have got it slightly wrong about breaking free of the matrix. He has a word of advice for the tech billionaires.

“Put your wallets back in your pockets. This has nothing to do with money or computers. It’s a spiritual shift that needs to take place, not a ‘hack’.“

According to Keanu, that spiritual shift is taking place. People are tired of unnecessary wars, totalitarian leadership, and authoritarian control. People are waking up to what is really important in life.

“I think people were really scared the world was ending until, you know, very recently. It just felt like things had gotten out of control. We’d lost any hope of being able to save ourselves from the dark forces in the world.

“But just open your eyes for a minute and look around at what’s happening. It’s astonishing. People like Trump are lifting the veil on an astonishing web of interconnected manipulation.

“Love him or loathe him, he is allowing humanity to wake from its slumber and see that the same few people, the same secret societies, the f*cking New World Order, are actively controlling our lives and suppressing our true ability.”

“But people are slowly waking up. It’s time to take back our infinite power and fling open the doors of the mental prison we have been encouraged to build for ourselves. It’s not an easy thing to do, but it’s time to walk into the light of freedom.”

Baxter Dmitry is a writer at Your News Wire. He covers politics, business and entertainment. Speaking truth to power since he learned to talk, Baxter has travelled in over 80 countries and won arguments in every single one. Live without fear.