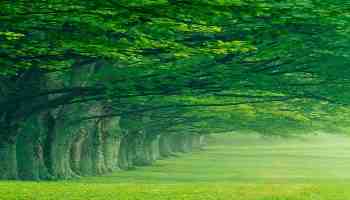 Crazy. I have been talking to many people lately, and the main thing was a feeling of going crazy, feeling lost, lonely. Nobody understands me.

I have asked Kuthumi and Sananda if they would explain these feelings.

Kuthumi was the first to answer, I am Kuthumi, I come upon the rays of Love and Wisdom.

I just like saying that, but to the point.

At this point in time you have all heard about the changes, the energies that are coming in.

So it’s time to explain a little bit more about what is happening to your planet and the people living upon it.

There is a group I like to call the first wavers; many have used this word but don’t really understand what it means. To be clear, all the stories about “If you are not in this wave, you are not going to make it” are not true.

There is no left behind.

The first wavers are a group of people that have taken it upon them to go through all the changes faster than anyone else. This group is spread out all over your planet. Different nationalities, men, women, children. Most of them not really in the spotlight.

These people are being guided by us and their higher selves, guides and angels.

They feel lost, not understood most of the time. They are tired because the energies are coming into their body at such a vast rate that it takes a lot of energy from the physical and spiritual body to adjust.

Reason for this first wave is that we need our ally’s on the planet.

What is the fastest way to change something?

From the inside out.

The first wavers raising their frequency has a lot of influence on the frequency of the energy on the planet.

READ MORE  Reality. Going with the flow of the earth reality

Another thing they are able to do is change a lot of negative energy into positive, to release it into the universal energies.

By this I mean for example: A first waver can help release energies from other people. Most of the time they will focus on a specific energy, like for example, abuse of children.

They will have gone through that during the beginning of their lifetime, and now they are able to take on a lot of similar energy like that being held in the universal consciousness around the planet. This will make it easier for people that are still in lower frequencies to release those energies so they can raise their frequency faster than when they still had to go through all of it.

It is not that all these experiences are taken away, they go through them, just are able to accept and clear much faster.

The energies being transformed by the first wavers are not only from people on earth at this time, but pertain also all the energies accumulated in the universal energies over time.

All this is necessary because the negative energies that were being contained inside the planet need to be transformed into light.

So, yes feeling lost, going crazy is an effect of this. But you will also notice that these people will not start using medication (unless they are under great pressure from others) to take their feelings away. Even if they do not know consciously, they do know it’s part of the change. Yes, they are looking for answers, and we guide them to find those answers, so they know they are not alone in the spiritual.

READ MORE  Creation is your ability and responsibility

These are difficult times for many of you and know we are doing everything we can from our side to make sure you will not go over your own limits, and we guide and assist each and every one of you.

I leave you for now.

With all my love,

The next day Sananda came to me and here is his message.

And I would like to add something to Kuthumi’s message.

It almost seems that Kuthumi is our front speaker lately and he has been doing a great job in explaining to you how everything is progressing and how the new energies are having an effect on your planet.

All of the first wavers are on schedule, which makes it so much easier for us.

You have all been working very hard, physically and spiritually and this has been a long journey, but the end is near for all of you. At least for this part of the journey.

There are still some massive changes ahead. The next two to three months are going to be very important for all of you. Many new energies are coming to the planet. Most of you have heard about, or noticed the Mary Magdalene energies.

But Mary Magdalene is just one part of a bigger energy called Isis, and most of you now about her.

Isis is beyond that and knows her power, she is fully comfortable using her knowledge and power.

This is not only for the woman among you. Many men are afraid of these powers, just like many women.

But it is time to recognize and integrate the knowledge you have accumulated over many life times. Knowledge is power.

Pure knowledge can help so many people integrate into their life what is happening on the planet.

You are not crazy, just feeling and seeing the changes.

I must explain to you, that this knowledge might seem unfamiliar at first. But know this is what you have been looking for. This is true and pure knowledge. Forget all that you have learned so far. Many of it is true, and much of it is not. We could only teach what people were ready for. This is the time for complete understanding of what is happening to the planet and the people upon it.

I leave you for now, but will be back together with Kuthumi to explain more about these subjects.

I send my love to you all and you are in my thoughts at all time.

After finishing these messages, I was told there was another master that wanted to speak. The next day Mary Magdalene came to me and here is her message.

I am the one you call Mary Magdalene. I have connected with many of you in spirit.

The Mary Magdalene energy has been released onto the earth and the universe.  It was being contained until now.

But in order to move on in spiritual growth you have to integrate this energy into the physical and spiritual being that you are. So you can move onto the next level.

Isis is for me what Sananda is for Jesus, I am part of her, I am her.

And know I am with you to lead the way.